Major and Year: Undecided/Undeclared in the School of Social Sciences, 2nd year.
Favorite food/type of food: Vietnamese food
Food you've been dying to try but never got a chance to:
Reason for being in Real Food Challenge: At first I just went there to check it out because I didn't think much about food besides the fact that it sustains us. Now I stay because I want people to get a different perspective on food and know what is going in there body. Food plays an important role in everything but people do not see it. This club is a great way to start changing peoples outlook. I also love hanging out with these people!
Favorite Past RFC Event and why: Jam and Jam for sure. I loved how we had the event in a park! You could just layout in the sun and enjoy a free concert. Learning how to make jam was also a definite plus.

Major and Year: Business Administration and Global Sustainability Minor, 2nd year.
Favorite food/type of food: Japanese food
Food you've been dying to try but never got a chance to: Indian food
Reason for being in Real Food Challenge: I love bringing awareness to students about food sustainability and sustainability in general, meeting new students who care about sustainability, and doing fun events that help create a friendly atmosphere at UCI.
Favorite Past RFC Event and why: The Real Food Dinners because it is an educational and eye-opening event that involves people in the community, not just students and staff at UCI. It is an amazing experience and a fantastic way to meet people who are passionate about sustainability as well.
Julian Vacio
Vice President

Major and Year:
Favorite food/type of food:
Food you've been dying to try but never got a chance to:
Reason for being in Real Food Challenge:
Favorite Past RFC Event and why:

Hai is a graduate of Social Ecology studying sustainable food systems.  In the 2008-2009 academic year, Hai was chosen to be a UC Sustainable Agrifood Systems (SAS) Fellow. As part of his fellowship, he co-conducted a food assessment of UC Irvine that sought to discover how much sustainable food is procured on campus. He thrives on innovative visions, fresh ideas, participatory models of democracy, and dynamic leadership development.  Hai loves to cook, and he often hosts cooking nights for our club. Post-graduation plans include farm apprenticeships, graduate programs in sustainable food communities, and advocating for real food.  If you want to read more about his epicurian adventures, visit his blog.

Kelsey graduated from UCI with a degree in psychology in 2010. In 2009, she was selected to serve as a Second-Year Sustainable Agrifood Systems (SAS) Fellow through the Center for Agroecology and Sustainable Food Systems (CASFS) at UC Santa Cruz. The previous year, she used her fellowship to co-conduct a sustainability assessment of UCI Dining food purchases, educate her peers about food systems issues, and advocate for a more just and sustainable food system at UCI. She used her fellowship to develop educational resources for students who want to understand and engage with campus dining services, assess student attitudes and behaviors around sustainable food options, and co-manage the food systems working group at UCI. After she received her bachelor’s degree, she enrolled in the sociology Ph.D. program at UC Davis. She continued her involvement with the Real Food Challenge by joining the national administrative team. 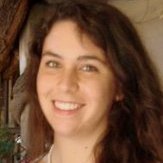 Major and Year: Psychology, Social Behavior 4th year
Favorite food/type of food: Homemade Japanese food
Food you've been dying to try but never got a chance to: Carambola (Star fruit)
Reason for being in Real Food Challenge: At first I just wanted to learn how to cook as a freshman. Eventually over time, the inspirational people in the club and the successful projects persuaded me to stay for so long.
Favorite Past RFC Event and why: Occasional house dinners. Good food, amazing people, great times.

Alexandre graduated from UCI with a degree in physics concentrating in computational biophysics. Alex continues to study physics at Stanford. "While he's still here, Alex hopes to continue advocating for food awareness, and improve the sustainability of our food. He believes the food network to be a complex system that affects our lives, the lives of others, the global economy, and society in ways that are braided and chaotic. Understanding seasonal, climatic, and fiscal constraints in UCI, and building local food awareness, Alex wants to optimize these parameters for the benefit of economy, sustainability, health and taste! 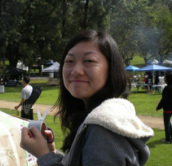 Linda graduated in 2011 with a BA in Psychology and Social Behavior. She got involved with the RFC club when she attended a movie screening in May 2010. Linda loves that RFC is bringing food awareness to UC Irvine and that students are learning about what sustainable food is. She hopes that one day all food (organic, sustainable, or not) will just be known as "food." 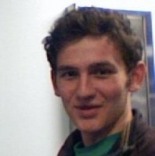 Colin graduated with a BA in Music 2011. As former Director of the Student Sustainability Coalition at UC Irvine, he worked on uniting the campus environmental organizations through UCI's first Earth Week, and developing plans for a Sustainability Theme House in one of UCI's housing communities. Among his passions, he loves nature & learning, music & art, and striving for wellness.  Idols: A. Einstein, M. Gandhi, Socrates, Martin L. King Jr., and Vandana Shiva.

Alfredo graduated with a degree in Psychology and Social Behavior but has a keen interest in Public Health with an emphasis on nutrition and disease prevention. Alfredo is a transfer student and became involved with the Real Food Challenge during the Winter Quarter in 2010. His interests pertain to nutrition and how modern day industrialized agriculture has changed the way people think about food. He would like to dispel misconceptions about food nutrition and in turn introduce real food to the student body. This year, he wishes to host a series of events to educate students on various issues. Alfredo’s professional goals include attending graduate school and pursuing an education in Agricultural Science with an emphasis on food and dietetics. 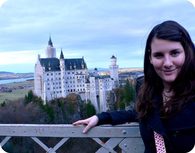 Major and Year: Business Administration
Favorite food/type of food: German food
Food I've been dying to try but never got a chance to: Fondue
Reason for being in Real Food Challenge: In two words, Michael Pollan. But in all seriousness, I think it's important that we know what we are putting in our bodies.
Favorite Past RFC Event and why: Jam n' Jam. Workshops, music, and delicious homemade jam :)

Current:
Favorite food/type of food: Dessert!
Food you've been dying to try but never got a chance to: Authentic Japanese food
Reason for being in Real Food Challenge: To raise awareness about the problems in our food system.
Favorite Past RFC Event and why: Jam 'N Jam! Great music, GREAT jam and awesome people with bright new ideas! 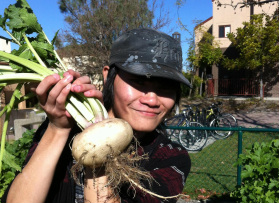 Current: Graduate student at UC Davis
Reason for being in Real Food Challenge: I joined the Real Food Challenge because as someone who has been paying attention to the multitudes of activities within the environmental movement for the past two years, I find the food movement to be the one that elicits the most inspirations and the one that promises the most significance. Food is something that is so internally dear to us, and yet it is also something that wields tremendous influences over our social, political, economic, and natural landscapes on both the local and the global levels. Whether it deals with questions concerning values we deem our most inner treasures - such as our sense of choice, aesthetics, and fulfillment - or with questions concerning values we deem most relative to our linkages with others - such as our sense of equity, reciprocity, and hospitality, food as I taste it is something that cultivates these values as it itself is being cultivated, harvested, prepared, and transformed by us. Advocating for real food means reclaiming a right to these values amidst a mal-engineered and hence mal-nourishing food system. That has partly been what is motivating me to be in this club.
Favorite Past RFC Event: The Real Food Dinners! Because they were moments that really capture how food in the current food climate should be regarded: as something deserving studious engagement in for its current states of problems and humble appreciation in for its charitable nourishment. 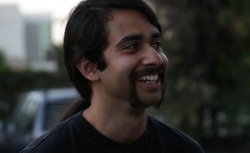 Major and Year:  Cognitive Science Graduate Student
Favorite food/type of food: Persian food in general
Food you've been dying to try but never got a chance to: Ethiopian
Reason for being in Real Food Challenge: I feel deeply connected with the issues, our club members are awesome, we have the most delicious events, and I've been a part of the overall club development over the last 3 years, so I'm committed to the organization and its values.
Favorite Past RFC Event and why: ALL of the Real Food Dinners because they are perfectly balanced with fantastic free dinner, education and partnership with UCI Dining.